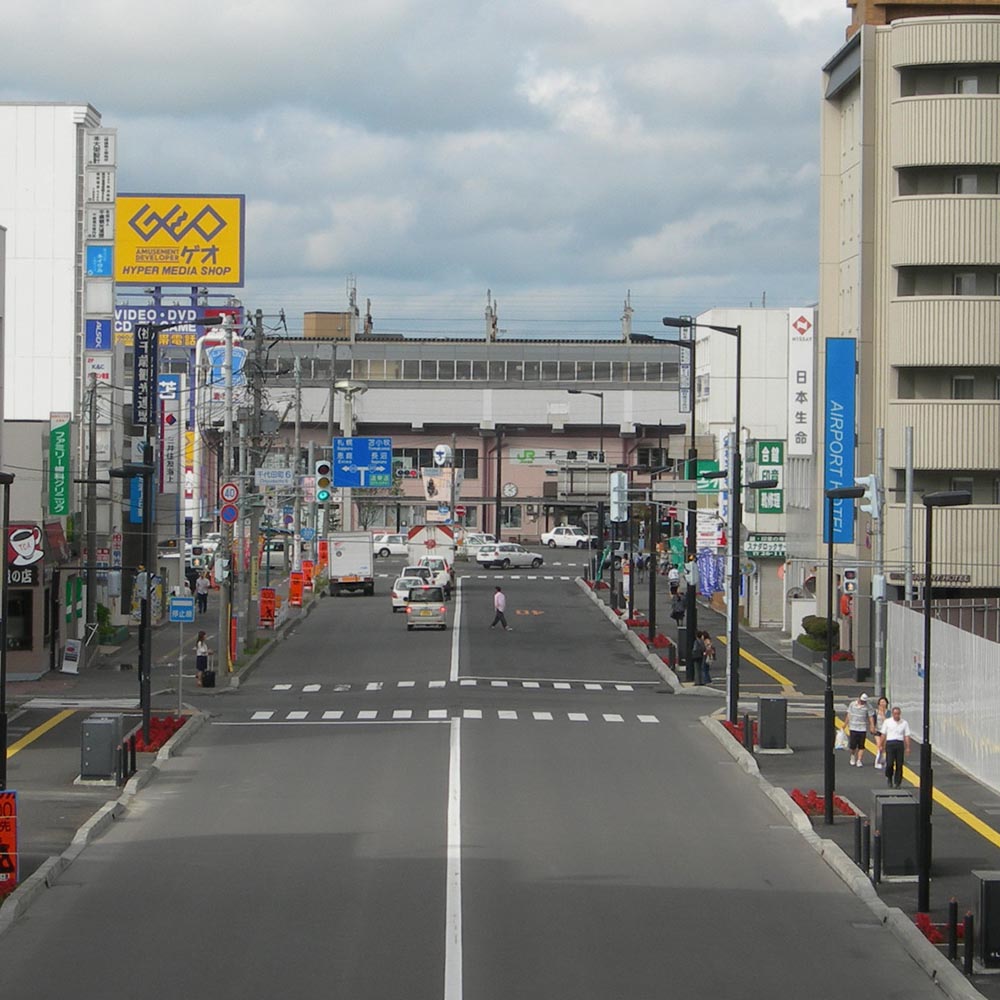 Located on the northernmost island in Japan, Hokkaido, Chitose is found in the Midwestern region of the island. Hokkaido is known for its volcanos and onsens, natural hot springs. Marked by mountains and rivers, this city shares many geographical similarities with Anchorage. However, Chitose experiences a milder climate than other places on Hokkaido with hot summers and cold winters. Due to this climate, winter sports like downhill and cross-country skiing, snow rafting, or snowmobiling are top-rated attractions in Chitose. As of 2018, the population was 96,475 residents with a density of 209 people per square mile. Compared to Anchorage, Chitose is about a third of the size population-wise.

Chitose translates to and symbolizes “1,000 years”, as a hope that the city would be prosperous for many years to come. Chitose was originally home to the Ainu people, aborigines of Hokkaido and parts of Russia, who lived on the lands before the Japanese arriving at the island. Their traditional clothing and rituals are still present today in Chitose and throughout Hokkaido. Although the current population of Ainu people is small, their art and culture have had a profound influence on Hokkaido as a whole.

Chitose, Japan was Anchorage’s first formalized sister city relationship. Beginning in 1968, Chitose and Anchorage recently celebrated their 50th anniversary of this special relationship. For the past 50 years, this unrivaled commitment to Chitose has blossomed into eight new sister city friendships for Anchorage across the globe. An Honorary Citizen of Anchorage, Mr. Manabe, is credited for having strengthened the continual growing friendship ties between Anchorage and Chitose throughout the years. For over 40 years, the city of Chitose has hosted the recipient of Miss Anchorage on a trip abroad to represent Anchorage in Japan. In 1983, a boy’s baseball exchange program was started, which has benefited from reciprocal visits every four years. Anchorage School District’s Japanese Immersion Program began in 1989 and helped students become functionally proficient in speaking, reading and writing both English and Japanese. In addition to this Immersion Program, eith the support of Sand Lake Elementary School’s Japanese Immersion Program and Chitose Elementary School, the two schools began a student exchange program in 1994.

Learn more about Chitose on Wikipedia