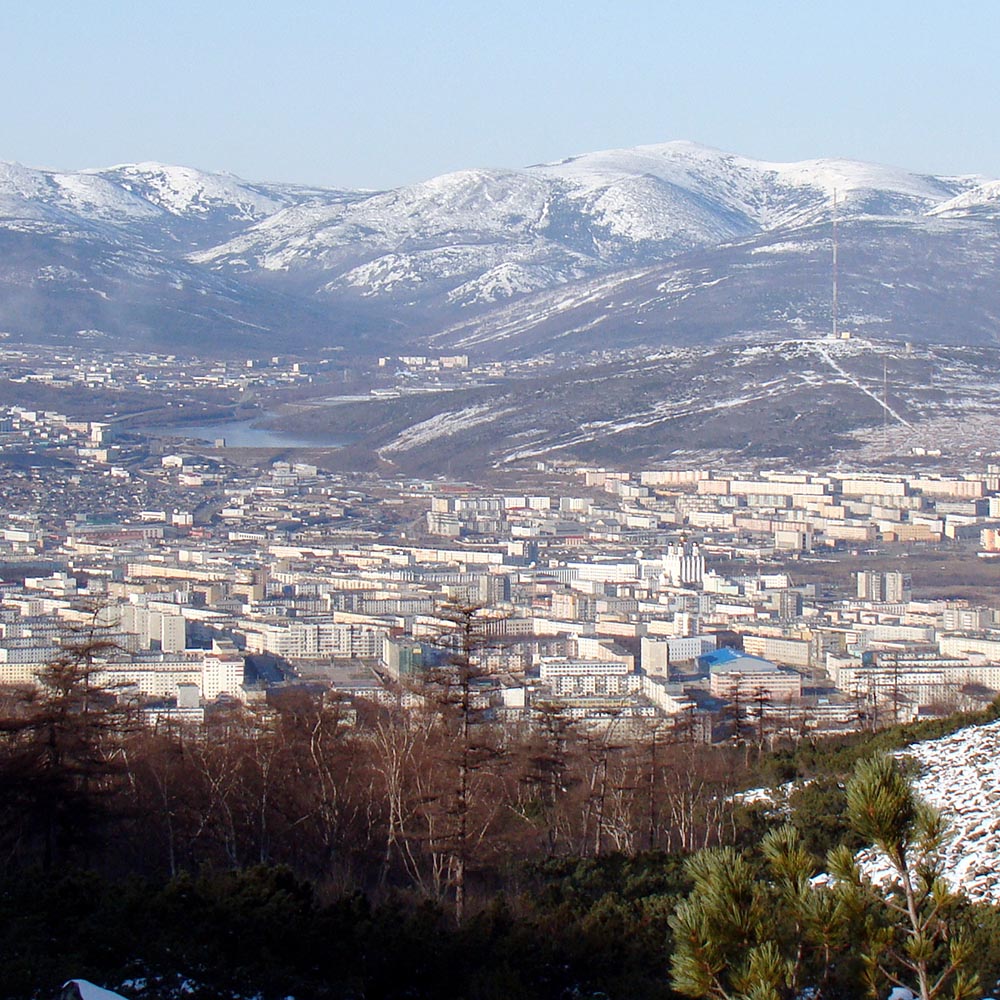 Settled in the Magadan River Valley in the northeast Siberian taiga, Magadan is the gateway to Russia’s Kolyma region. With long and cold winters, permafrost and tundra cover most of Magadan; however, around 93,000 people call this Siberian winter-wonderland home.

During the Stalinist era, Magadan was founded as a penal colony – centered on the vast, productive mining operations upon the upper Kolyma River since farming was difficult due to its tundra landscape. Its proximity to the Pacific Ocean made for Magadan to thrive as a port city, all of these factors contributing to the population spike. Because of its port, shipbuilding and fishing are the major industries today with remnants of its gold mining past still present. The nearest major city is over 1,200 miles away by unpaved road, making Magadan largely isolated and self-dependent.

Magadan is a popular tourist destination today, in part because of its painful association with the Gulag forced labor camps of the Stalin era. In 1996, sculptor Ernst Neizvestny completed the Mask of Sorrow monument, which stands in Magadan commemorating those who died in the Kolyma labor camps during the Soviet purges. The Church of the Nativity is part of the diocese of Anchorage, Alaska, and ministers to the survivors of the labor camps.

Anchorage and Magadan officially became Sister Cities in 1991, marking Anchorage’s 6th Sister City relationship. In 1998, 1998 citizens of Magadan, Russia were suffering from a harsh winter and a poor harvest resulting in the Red Cross declaring that Magadan was in critical status. The citizens of Anchorage were concerned, and then-Mayor Mystrom set up relief programs dubbed “Operation Magadan.” Anchorage and Matsu-valley residents donated over 50,000 pounds of food, clothing, and coal. In November of 1999 Medical staff from Anchorage also took a trip to Magadan where they set up new medical equipment and treated patients. Due to their hard work and determination to help Magadan, the Anchorage Sister City commission won the 1999 Collaborative Award from Sister Cities International.

In 2005, Magadan Vice-Mayor Sergey Abramov raised the Russian flag at the Sister Cities Plaza rededication ceremony in Anchorage. Mayor Vladimir Pechyonyi invited members of the Anchorage Sister Cities Commission to attend Magadan’s 70th ​anniversary in July 2009. Russian culture is influential in Alaska, having once shared a common nationality over 150 years ago. The 30th anniversary between Magadan and Anchorage will be in 2021.​

Learn more about Magadan on Wikipedia