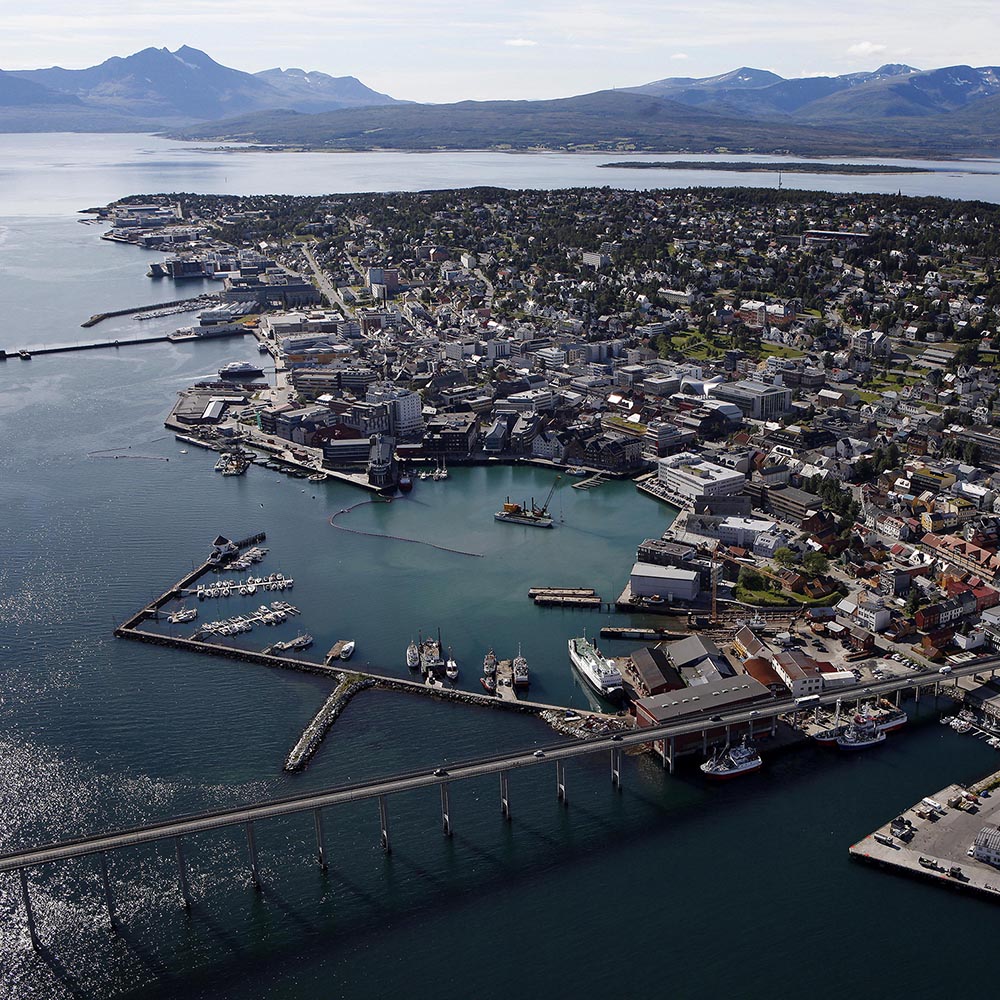 This “Gateway to the Arctic” lies 217 miles north of the Arctic Circle, making it Norway’s 9th most populous municipality and the largest urban area in Northern Norway with a population of 75,638. Located on the island of Tromsøya, Tromsø lies on the same latitude – 70° north – as Utqiagvik​, Alaska but experiences a warmer climate than other places this far north due to the warming effect of the Gulf Stream and the chaos of the seas. This lack of ice in Northern Norway’s coastal waters has made the survival and economic well-being of a relatively large population possible.

In the 1820s the ‘Arctic Hunting boom’ (mainly sealing) began, and Tromsø was the leading city in the Arctic Hunting trade. Tromsø was briefly the center of the Norwegian Government in the WWII before Norway fell to the German occupation. Tromso experiences the polar winter nights, where the sun does not rise between November 21 and January 21, but, like Anchorage, Tromsø experiences the “midnight sun” in the summer months. Tromso is home to northernmost university, brewery, mosque, and cathedral.

Tromsø was Anchorage’s second sister city after Chitose and has celebrated its 50th anniversary of Sister City commitment as of 2019. Today Anchorage and Tromsø continue to have a strong and committed relationship as Sister Cities, even 50 years later. Anchorage and Tromsø are both a part of the Arctic Council, an intergovernmental forum to provide a means for promoting cooperation, coordination and interaction among the Arctic States, with the involvement of the Arctic Indigenous communities and other Arctic inhabitants. Then-Mayor Begich welcomed Tromsø Mayor Herman Kristofferson to Anchorage in the winter of 2004, as part of the conference of the World Winter Cities Association for Mayors. Anchorage also hosted a delegation of Tromsø officials in the spring of 2008, to discuss enhanced cultural exchanges and trade between the two communities. In August 2016 the Alaska-Norway Cooperation was held to move toward a common arctic agenda.

Learn more about Tromsø on Wikipedia