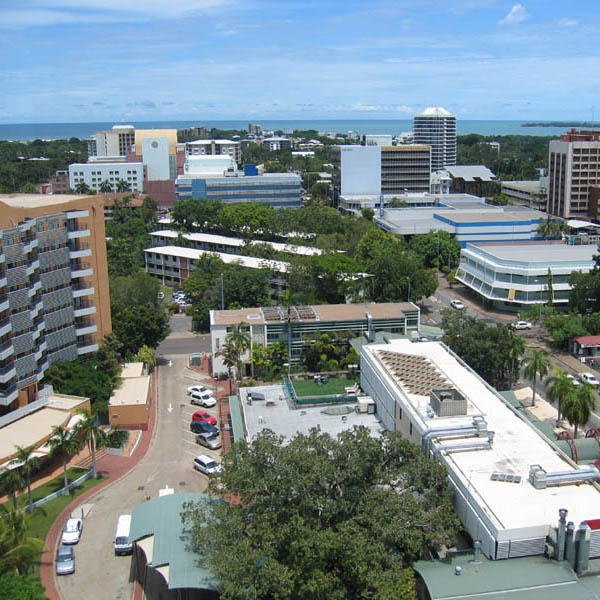 Anchorage’s southernmost sister city, Darwin is located in the Northern Territory Providence of Australia along the Timor Sea. Anchorage and Darwin experience opposite climates and are located across the globe from one another; however, the similarities between the two cities far outweigh the differences.

Darwin has a tropical climate with a traditional wet, and dry season with a similar temperature year-round, independent of which season it is. Darwin is relatively low-lying with large coastal areas. Because of the proximity to the ocean, much like Anchorage, recreational reserves and excellent fishing thrive here. The lands in which Darwin is settled upon are the ancestral home to the Larrakia people. Darwin is still home for the highest proportional population of Indigenous Australians of any Australian capital city. Darwin is the country’s fastest growing city with an annual growth rate of 2.6 percent, leaving the populating at 145,916 and growing. Similar to Anchorage, Darwin is incredibly diverse. The population is comprised of many different ethnic backgrounds, with 18.3 percent of the population was born overseas. After World War II, there was an influx of immigrants to this coastal town, so after English, the languages most commonly spoken are Greek, Australian aboriginal, Italian, Indonesian, Vietnamese, and Cantonese.

The name Darwin comes from the famous anthropologist, Charles Darwin. As a former shipmate of the HMS Beagle, upon its arrival to the port town along the Timor Sea, it gained the recognition as “Port Darwin” in honor of the famous scientist. The most significant economic sectors in Darwin are mining and tourism. Because of its location, geographically Darwin acts as a “gateway” from Australia to Asia for travelers.

Learn more about Darwin on Wikipedia