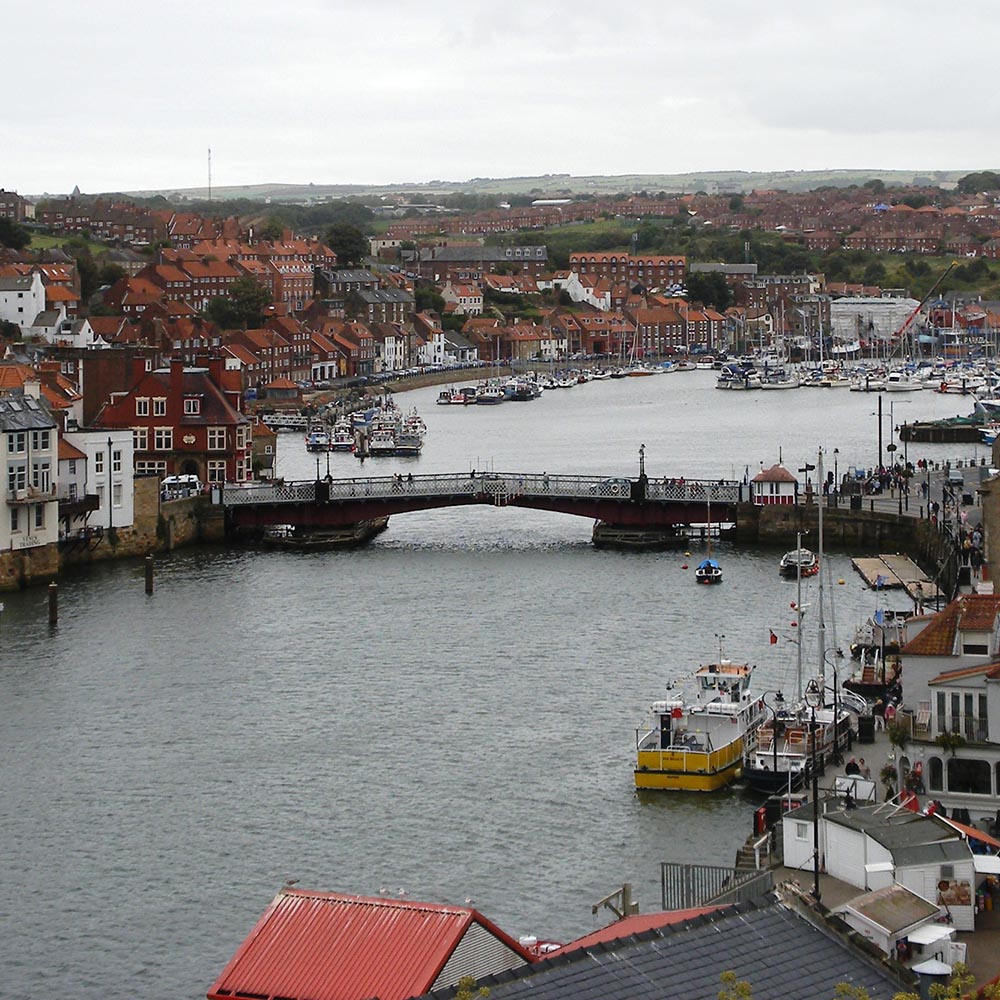 The seaside town, port and civil parish in the Scarborough borough of North Yorkshire, has a population today of 13, 213 with connections to both Captain Cook and Dracula. Surrounded by the countryside of the North York Moors National Park, Whitby is an ancient and charming fishing town.

Early records have Whitby, or Streanæshealh as it was called, dating back to AD 656. Notable Viking raids persisted, giving the town its current name meaning “white settlement” in Old Norse. For most of its history, Whitby was a small fishing settlement until its port was developed in the 18th century, making it the 3rd largest shipbuilding in England. Between 1750 and 1840, whaling was a massive industry in Whitby. Because of the dominance of the maritime sector in this English coastal town, Whitby was home to famous sailors.

Whitby is predominantly linked to Anchorage by Captain James Cook, one of the most significant surveyors, sailors, and explorers of all time. Cook’s third voyage (1776-1779) resulted in the navigation of coastal Alaska. Today identical statues of Cook stand in both Whitby and in Anchorage to commemorate his nautical accomplishments. Captain Cook’s legacy remained active in these sister cities and was the reason for its sister city relationship to be formally established.

Aside from its maritime heritage, Whitby was also the inspiration behind Bram Stoker’s “Dracula.” According to the Whitby Township, Bram Stoker visited Whitby and used the 199 steps, St Mary’s churchyard and the Abbey ruins as settings for his novel. Stoker uncovered the name “Dracula” in the Whitby library after learning about Vlad Tepes, who was dubbed ‘Dracula’ meaning son of the dragon and devil in the Wallachian language.

Anchorage and Whitby formally became Sister Cities upon the 200th anniversary of Cook’s third voyage and entry into Cook Inlet. British Petroleum (BP) gifted Anchorage a replica of the Cook statue in Whitby to be erected as part of their Bicentennial Celebrations in 1976 with Sister City formalities following in 1978. This statue can be found in Resolution Park here in Anchorage. The two cities celebrated the 40th anniversary of their Sister Cities relationship in 2018.

Learn more about Whitby on Wikipedia